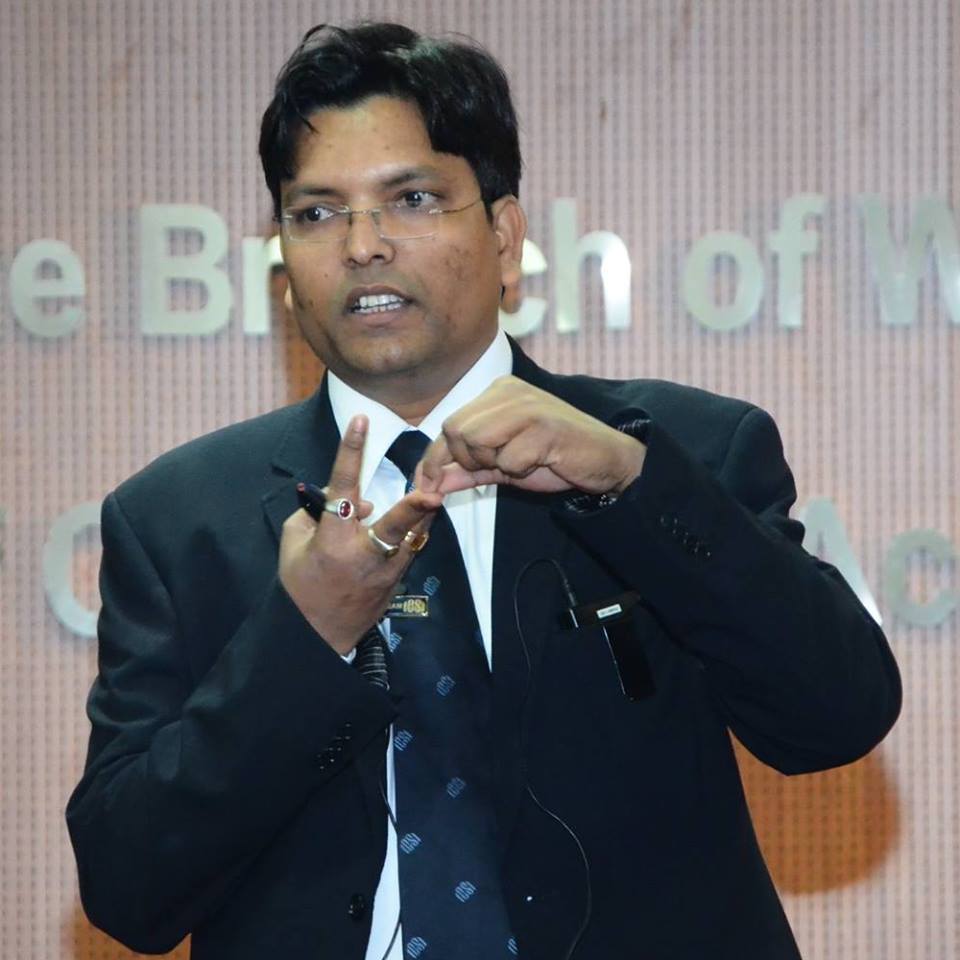 Taking an imaginary fact about a Government Company for the brainstorming:

ABC Ltd is a government-private limited company; the annual accounts of ABCL were approved by the Board of Directors in the board meeting held on 02.09.2018. Thereafter, ABC LTD  had submitted the annual accounts along with the Statutory Auditors’ Report to the office of C&AG on 03.09.2018:

QUERIES
In the light of the above scenario, the following are the queries:

The questions are answered in seriatim:
1. Can ABC LTD hold the Annual General Meeting in the absence of the comments of C&AG?
The holding of the annual general meeting for every company is stipulated by provisions contained in Section 96 of the Companies Act, 2013 mentioned in Chapter VI of the Act. Such meeting shall be held once in a year and the company has to hold such meeting for the financial year 2017-18 within the extended time permitted by the Registrar of Companies before 31.12.2018. Since the Act enjoins upon the company the condition to hold the meeting, the Annual general meeting has to be held irrespective of whether the report of the Comptroller and Auditor General (C&AG) on the accounts of the company is available or not.  The requirement to hold general meeting is separate and the requirement to place the accounts duly audited and commented by the C&AG are separate and these are contained in two different sections (i.e. section 96 and section 129(2) of the Companies Act, 2013) and therefore non compliance will be viewed for each section individually.

Therefore, the company is advised to hold the general meeting within the extended time permitted by the Registrar of Companies concerned and transact any other business as may be necessary and adjourn the meeting sine die till receipt of comments from the C&AG. This will save the company from the penal provision of non-holding of Annual general meeting.
2. What will be the consequences if the comments of C&AG are not placed before the AGM?
The consequences for non-placement of the comments of C&AG would be the non-compliance of Section 129(2) of the Companies Act, 2013 for which the penal provisions are prescribed in sub-section (7) of Section 129. The Managing Director, the Whole-time Director in charge of Finance or the Chief Financial Officer or any other person charged by the Board with the duty of complying with the provisions of this Section or in their absence all the Directors shall be punishable with imprisonment for a term which may extend to one year or with fine which shall not be less than fifty thousand rupees but which may extend to five lakh rupees or with both.

But currently the situation is different, the Company has completed and finalized the accounts on time which have been duly audited by the Statutory Auditor appointed by the C&AG under Subsection (5) of Section 139 of the Act in the manner directed by C&AG itself, only thing is that final comments of C&AG on the report of Auditor Report is yet to be received despite continuous follow-up and communication with the officials of the C&AG.
Under Sub Section 5 of Section 143, it is not the duty of the Company but the duty of the auditor so appointed by the C&AG to submit a copy of the audit report to the Comptroller and Auditor-General of India which, among other things, include the directions, if any, issued by the Comptroller and Auditor-General of India, the action taken thereon and its impact on the accounts and financial statements of the company. Thereafter the Comptroller and Auditor-General of India shall within sixty days from the date of receipt of the audit report under Sub-section (5) have a right to, conduct a supplementary audit of the financial statements of the company and comment upon or supplement such audit report.

Provided that any comments given by the Comptroller and Auditor-General of India upon, or supplement to, the audit report shall be sent by the company to every person entitled to copies of audited financial statements under Sub-section (1) of section 136 and also be placed before the annual general meeting of the company at the same time and in the same manner as the audit report.

It is clear from the Sub Section 6 of Section 143 read with Sub Section 5 of Section 143 that it is a time-bounded exercise of the C&AG to complete supplementary Audit and comment upon such audit report. To conduct supplementary Audit and comment upon the Audit report is the right of C&AG and such right must be an exercise within sixty days. A company cannot wait indefinitely for such comments and contravene the other legal provisions of the law relating to the convening of AGM and adoption of Accounts which are time-bound compliances of law.

Therefore the Company should incorporate the facts about provisional comments received from the C&AG and management reply thereon in the Directors Reports and should send to every person entitled to copies of Audited Financial Statement and thereupon present before the shareholders. That will be the sufficient compliance of Section 129 and convene AGM within the time granted by the ROC.
3. Can ABC LTD  avail the second extension for holding the AGM from Registrar of Companies after the expiry of the date of the first extension on 30.12.2018?
The requirement to hold an annual general meeting is applicable to every year (i.e. Calendar year) and the normal period within which the annual general meeting should have been held is 30th September and the company has availed extension from the Registrar of Companies for a period of 3 months. The Registrar of Companies has no power to extend the said date beyond 31st December and therefore the second extension is ruled out.
4. Can the annual accounts along with the Directors Report and Auditors Report be adopted in the AGM by the shareholders without the C&AG comments?
In the case of Government companies, there is a requirement to lay the comments of the C&AG vide Proviso to Clause (b) of Sub-Section (6) of Section 143 of the Act.
However, as per the same Section 143(6), the Company may take an inference that the C&AG should finalize the comments within a period of sixty days from the date of receipt of the audit report or do a supplementary audit and in view of the fact that the supplementary audit has not been ordered by the C&AG within sixty days, the deeming corollary would be that the C&AG has no comments to offer.  The AGM may be convened by placing all the facts before the members including the provisional comments and additional comments received from C&AG and the accounts be adopted. However, since taking such a view depends on the administrative position of the Company.
In case the accounts are adopted without the comments of the C&AG it would mean non-compliance of Section 143 for which penal provisions are applicable as per Section 147, sub-Section (1). The company shall be punishable with fine which shall not be less than Rs. 25,000  but which may extend to Rs. Five lacs.  Every officer of the company who is in default shall be punishable with imprisonment which may extend to one year or with fine which shall not be less than Rs. Ten Thousand but which may extend to One Lakh Rupees or with both.

However this penal provision would have been attracted only when the company has received the comments of C&AG and not circulating the same among the members of the Company, but here the situation is different,  here statutory Audit of the Company has been conducted by the Statutory Auditor appointed by the C&AG in the manner directed by C&AG itself. A further report of the auditor has been submitted to the C&AG but no comments have been received from the C&AG, and provisional comments and additional provisional comments have been promptly replied by the Company. If the same be explained in the Director Reports and circulated among the members then we believe that it is sufficiently safeguarded.
5. Whether the Annual Report in the absence of comments of C&AG can be considered complete for final printing and submitting the same to the Ministry for placing on the table of the Lok Sabha/Rajya Sabha?
The accounts would be considered incomplete in the absence of the comments of the C&AG and therefore the Company would be advised to get the documents printed only after the receipt of the comments of the C&AG for placing on the table of Lok Sabha/Rajya Sabha, else give the details about the provisional comments and management reply in the Director Reports.
If the company takes the view that C&AG comment should have been received within sixty days of submission of the audit report, then the accounts along with the documents as adopted in the general meeting may be printed and circulated to Lok Sabha/Rajya Sabha.
Hence, as per my considered view the company should record all facts as stated above in the directors’ report including the non receipt of final comments from the C&AG and include the provisional and supplementary comments received from the C&AG along with the management response thereto with further recording of a fact that no final comments have been received till the time of calling of the general meeting and the Company is forced to conduct the annual general meeting in accordance with the stipulations of the law as contained in Section 96  and adopt the accounts as placed.
In addition to the above analysis, the company is advised to suo moto make an application to the National Company Law Tribunal (NCLT) through a member of the Company in terms of Section 97 of the Companies Act, 2013 after the receipt of final comments, if any, and if any new material comment(s) are included in the observations by the C&AG and the Tribunal is empowered to consequential and ancillary directions and when a suo moto application is made in the facts and circumstances as mentioned herein, the Tribunal will also give a relief and may also order that no penalty should be levied taking into consideration the facts and circumstances of the case as there is no mens rea on the part of the Company and the non placement of final comments of the C&AG is not due to anyone’s act of omission and beyond the control of the Company.

I request you also please share your view. Anyone can contact me for further discussion at 9990339200 cs.ravibhushan@gmail.com

What's New as on